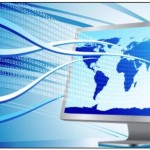 A recent article by Network World website reports on 6 technologies that could be implemented and introduced for PC machines in the year 2015.  In this day of age, most users now have tablets, MACs, smartphones, etc. either in place or along side of their PC machines.  PC’s are still very alive and relevant today, both in the common household and workplace (small business and enterprise corporations).  PC Manufacturer’s appear to be working on re-designing, improving, and making PC’s more appealing to users, especially due to the competition from MACs, tablets, and smartphones.  They are being built thinner, faster, more powerful, longer battery life, etc.

One new technology that definitely caught our eye was the wireless advancement in which devices can be charged, data be transferred, and displays performed all using no wires or cables.  Another new tech idea that is definitely interesting is the use of biometric sensors in which a user’s body could be used for authentication to email accounts, websites and computer devices.  The fingerprint authentication is forecasted to become more popular this year. This, of course, could change the way passwords are used and managed for the future.