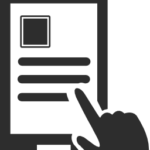 A recent discovery of a new type of malware is reported to target Apple mobile device users according to recent articles by CBS News and BGR.com websites. This malware has been reported by cybersecurity firm, Palo Alto Networks, and has been named “WireLurker”.  So far, it has mainly affected devices in Asia (mostly in China) and can gain access to the mobile device by USB cable while connected to an infected OS X computer.  This malware is targeting Mac OS X and iOS systems, installing malicious applications and capable of stealing information from mobile devices.  It can also compromise systems by requesting updates from the cybercriminal’s controlling server.

Palo Alto Networks stated this is the second known malware that can infect mobile phones using a USB connection and the first one discovered that can infect non-jailbroken phones. Apple has been known for their device security and keeping their app stores well-screened from malware-type apps.  While jailbroken iOS devices have been more open to malware attacks in the past, this is the first known malware to affect a non-jailbroken iOS.  Also, according to the cybersecurity firm, the malware has been spreading through a third party application store in China and acts like a” traditional computer virus”.

To help stay protected, it is recommend not connecting your Apple mobile device to a “untrusted” or unfamiliar computer or charger, not to download or install applications from third party apps stores, keep your iOS version up to date, and keep your computer’s antivirus software active and updated.

And to read the article posted on BGR.com – click here