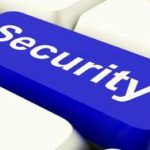 It appears cybercriminals are now preying on Apple users that may be feeling uneasy regarding their online accounts due to recent news of Apple’s iCloud security regarding user accounts being hacked, according to Network World website.  As you may have already heard, Apple’s iCloud system was compromised, in which some user files (including celebrity photos, etc.) were accessed and leaked to some public websites.  Apple has stated this was due to a targeted attack aimed at user names, passwords and security questions, and has since been taking action to maintain security on their systems.

Network World has stated in a recent article that hackers are creating fake emails phishing for Apple user credentials.  It seems these emails are aiming at users that are concerned if their accounts could have been accessed and are using subject lines such as “Pending authorization notification” in which state that a purchase has been made using that account but with a computer or device that is different.  The phishing email then requests users to click a link if they did not authorize a purchase, which then takes them to a fake Apple login site.  The user credentials could then be stolen when entered into the fake login site.  Be advised if you have an Apple account and you receive any emails of this nature.  Apple is also advising users to activate the “two-step authentication” process on their accounts.