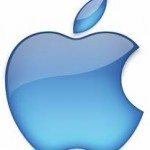 Well, Microsoft is not the only one ending support for an older operating system as in the latest XP news.  According to an article by Computer World website, it appears that Apple will no longer patch their Snow Leopard operating system and thus will leave this OS security more vulnerable.  Apple recently released security updates for Mavericks (10.9), Mountain Lion (10.8) and Lion (10.7), but left Snow Leopard (10.6) out of the equation.  In fact, the last time the Snow Leopard OS received an update was back in Sept. 2013.  Apple has left out Snow Leopard twice now while patching other versions.

Also noted in this article there are reasons why users want to hang on to the older Apple OS similar to Windows users want to keep running XP, like certain features and the fact that it still works.  It also seems that Apple doesn’t clearly define when they are no longer providing updates for their system platforms as does Microsoft, according to security company “Cloud Passage”.