Use caution getting software for "Free" using this method 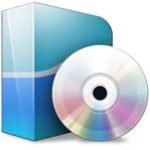 According to the recent Microsoft Security Intelligence Report, the method of downloading key generators that unlock trial software in which users can continue to use without purchasing the full version, is become increasingly tied to Malware.  A recent survey was conducted with machines that used key generation software and according to Microsoft, more than three-quarters of them had some form of malware.  These malware infections could have been contracted from the websites that users visit to find the key generators or actually from the key generators themselves (malicious file executes when generator is used).  The director of Microsoft’s Trustworthy Computing group stated that the discovery of key generated software has been on the rise in enterprises and are the number 1 threat detected on Windows7 OS’s and number 6 threat on XP (SP3) machines.

Some of the malware is named very similar to the manufacturer’s product and intended to trick users.  The saying “Nothing is Free” comes to mind when your computer becomes infected using this method for obtaining software applications.  For more information and details, please check out the following articles: