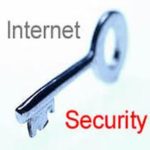 A recent article posted by Network World reports phishing attacks targeted at BlackBerry users attempting to trick them into opening an email on their computers (Windows) that launches a malware aimed at taking over their systems.
The fake email instructs users to create a new BlackBerry ID and prompts thems to open the attachment contained in the email that of course is full of malware.

For more information see the below article posted on Network World:
http://www.networkworld.com/news/2012/082412-blackberry-phishing-261917.html?hpg1=bn